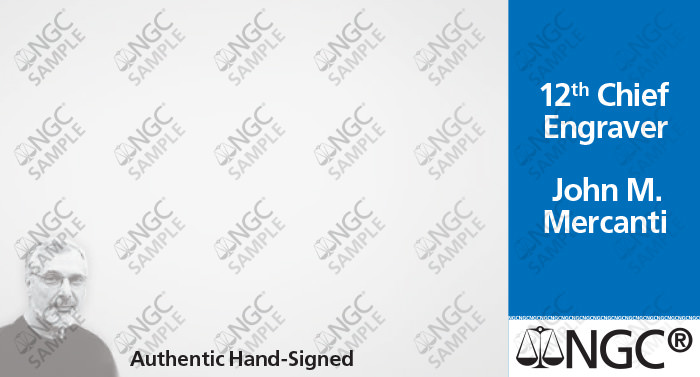 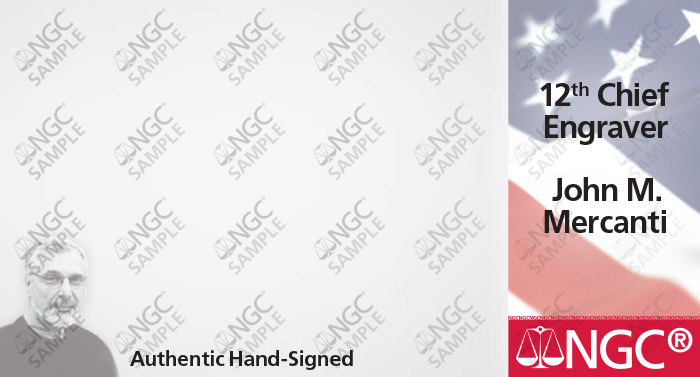 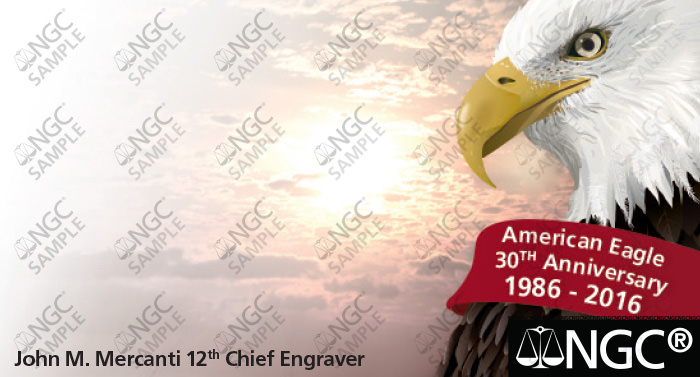 John M. Mercanti Silver Eagle 30th Anniversary #592
A special label to celebrate the 30th anniversary of the American Silver Eagle, hand-signed by the designer of that coin’s reverse.
Available from Select Retailers 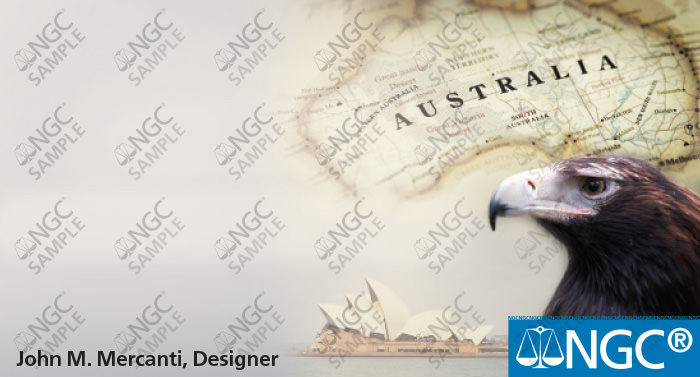 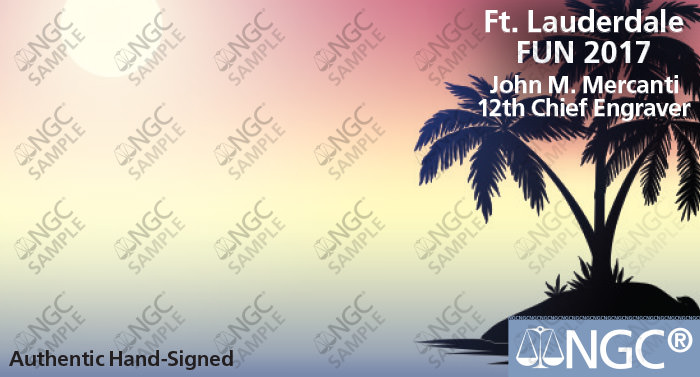 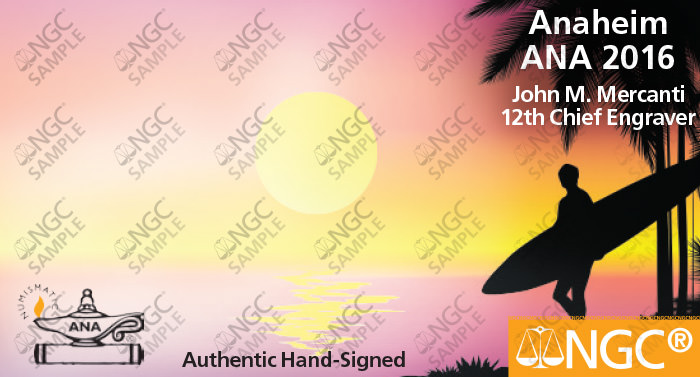 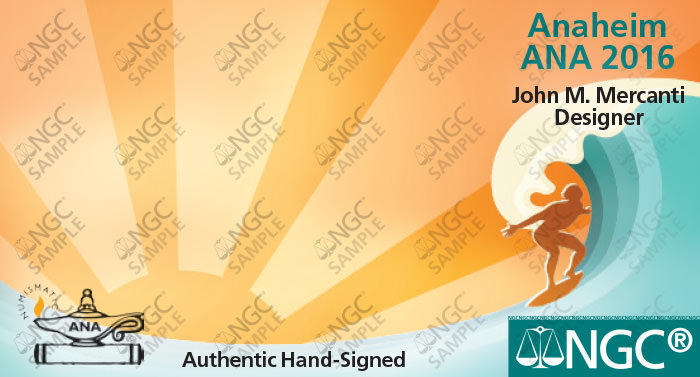 John M. Mercanti Designer Anaheim ANA #734
This special label was made to celebrate Mercanti's Australian Wedge-Tailed Eagles sold at the Anaheim ANA in August 2016.
Available for All Submitters 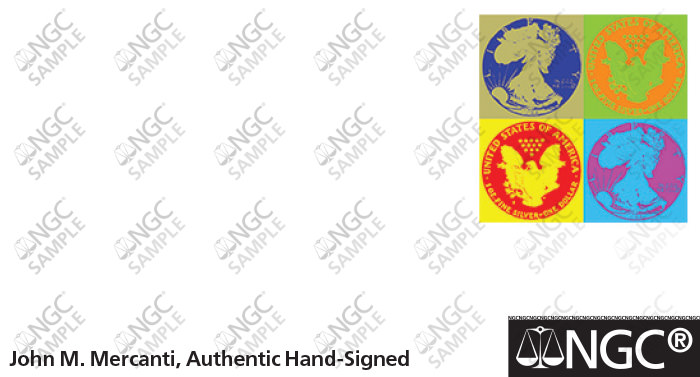 Your message has been sent to NGC. Thank you!

An unexpected error has occurred. Please refresh the page to confirm that you are signed in and then try again.